The recording and mixing of vocals is often mistakenly thought to be a simple process. The concept is simple enough, right? Get a mic, hook it up to your computer and hit record! Slap some reverb on that vocal track and BAM, instant radio hit! However, this thought process doesn’t tell the whole story.

For most recording artists, the studio is actually the most perplexing part of their journey. Bringing an idea to life takes intense focus. In a recording studio, every little detail matters, from the size of the rooms, to the equipment available and the software used to operate that equipment at its full potential. For many artists, working in a new studio for the first time can be an overwhelming experience. Our engineers not only train their ears, they train their minds to be flexible, while always thinking how to push a track to its limits. Rest assured you will feel comfortable creating in our studio, knowing that your music is in very capable hands.

Here at New Wave Music, we have 2 separate studio rooms. In Studio A, we record in a medium-sized, 7’ x 7.5’ booth, which is fully insulated with acoustic foam and a soundproof glass pane to view the control room. The booth can accompany multiple vocalists and also is designed to work with instrumentalists who need some extra space. The mic we currently have in use is a Blue Bluebird. The DAW we record & mix in is Logic Pro X, although we utilize many third-party plugins. We have the Yamaha HS5 pair routed through the Yamaha HS8S subwoofer to maximize the sound quality for editing purposes. Studio A costs $50/hour with special block rates for 5-hour or 10-hour sessions. 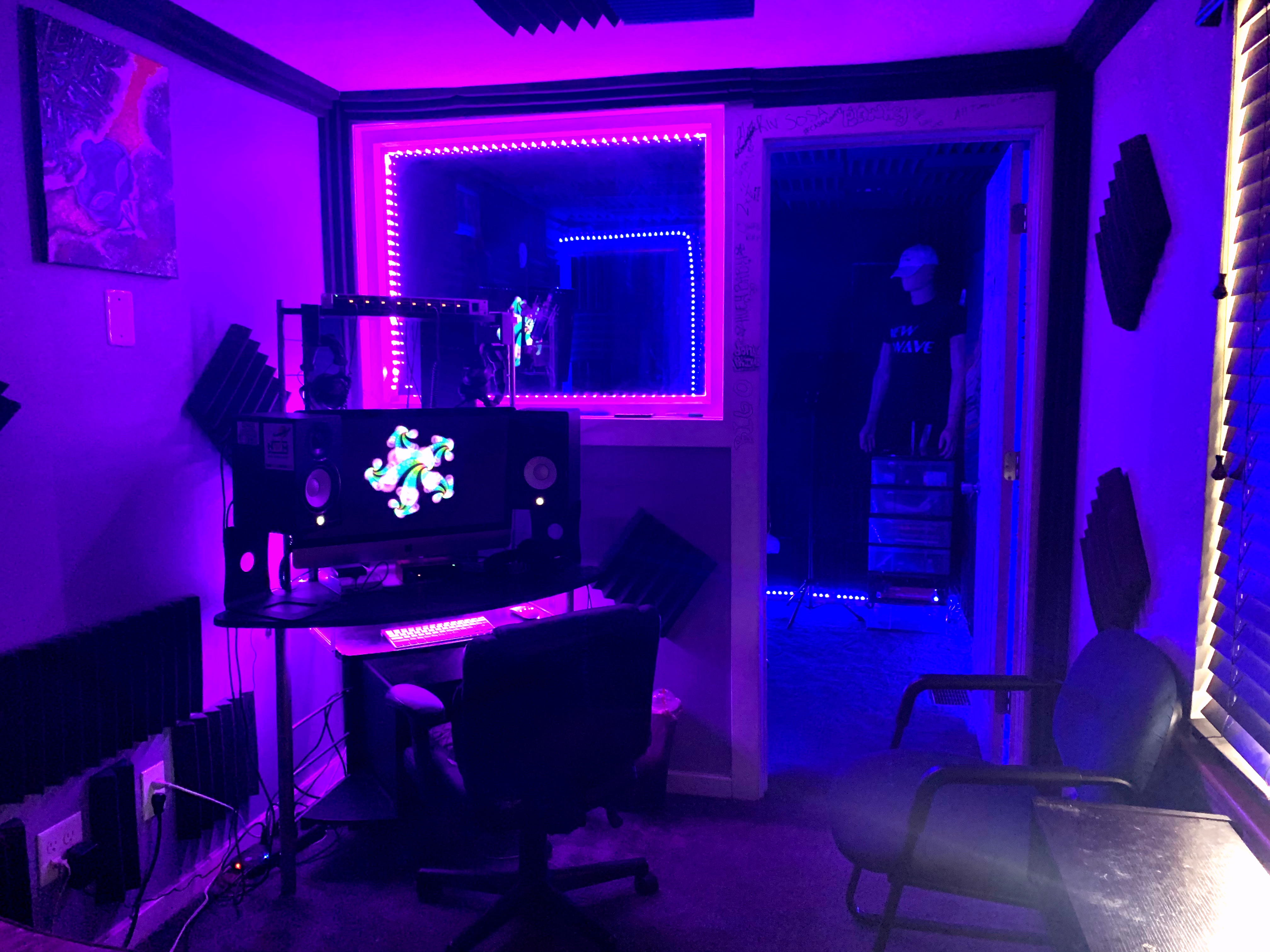 In Studio B, we record in an open environment, completely acoustically treated & maximized for personability. To mimic the sound booth feel, we’ve got a mic shield supporting the Audio Technica AT2020 mic, along with acoustic foam treatment across the whole room. The DAW we record & mix in is Logic Pro X, although we utilize many third-party plugins. We have a pair of KRK Rokit 8’s teamed up with a pair of JBL 305P’s to give a full-bodied sound during production & mixing. Studio B costs $40/hour with special block rates for 5-hour or 10-hour sessions.